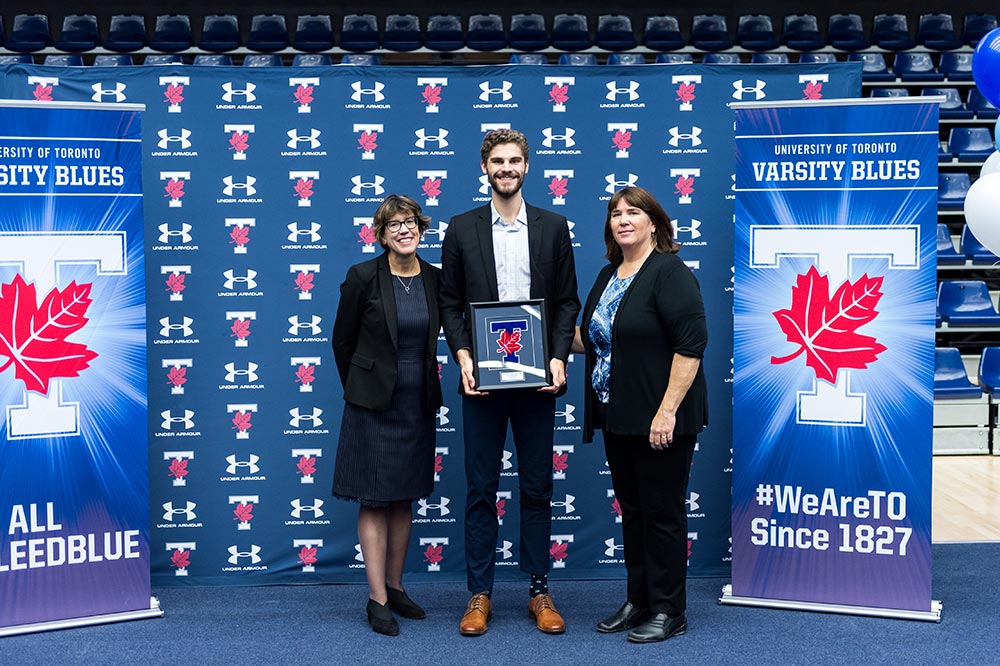 On November 20, 2019, 233 University of Toronto student-athletes were recognized at the 10th annual Academic Excellence Breakfast, which was held at the Goldring Centre for High Performance Sport.

Twenty-three U of T Engineering undergraduate and graduate students were honoured at the event, including the 2019 U SPORTS cross country individual gold medal winner Lucia Stafford (Year 3 CivE).

The ceremony honoured student-athletes who, while competing on a Varsity team, earned an 80% average or higher in all courses they were enrolled in during the 2018-2019 academic year. Each recipient received a pin: enamel for first-time winners, bronze for second, silver for third, gold for fourth and a diamond pin for anyone earning this award five or more times during their intercollegiate career.

“Attending the Varsity Blues Academic Excellence Breakfast is a highlight in my annual calendar,” said Don MacMillan, Faculty Registrar, U of T Engineering. “It’s an opportunity to celebrate our incredible community of student-athletes and recognize their academic and athletic achievements.”

Track and field star Jack Berkshire (Year 3 IndE) was awarded the prestigious U SPORTS Top Scholar Award. Berkshire is also an executive member of Blues Engineering, a student-run group that supports U of T Engineering’s student-athletes,

Berkshire noted that to be chosen out of such a bright group of student-athletes was an honour and a testament to his hard work and dedication to his academic studies and athletics. He also acknowledged the support of the Faculty, Varsity Blues and his peers.

“I would not have been able to accomplish what I have without the support of the Faculty of Applied Science & Engineering, my professors and my classmates,” said Berkshire. “On the flip side, U of T’s varsity athletics program, my coaches and teammates have always been incredibly accommodating regarding my being a student first and athlete second.”

When asked why he joined Blues Engineering given his busy schedule, Berkshire said that he became involved after reflecting on his experiences as a first-year student and wishing he had accessed the resources that had been available to him.

“The Blues Engineering executive team and I are now trying to mitigate situations like the kind I had in first year by creating a close-knit community where varsity student-athletes feel comfortable asking questions and getting the help they need,” he said. “Everyone knows one another and they’re always willing to provide career, academic or athletic advice.” 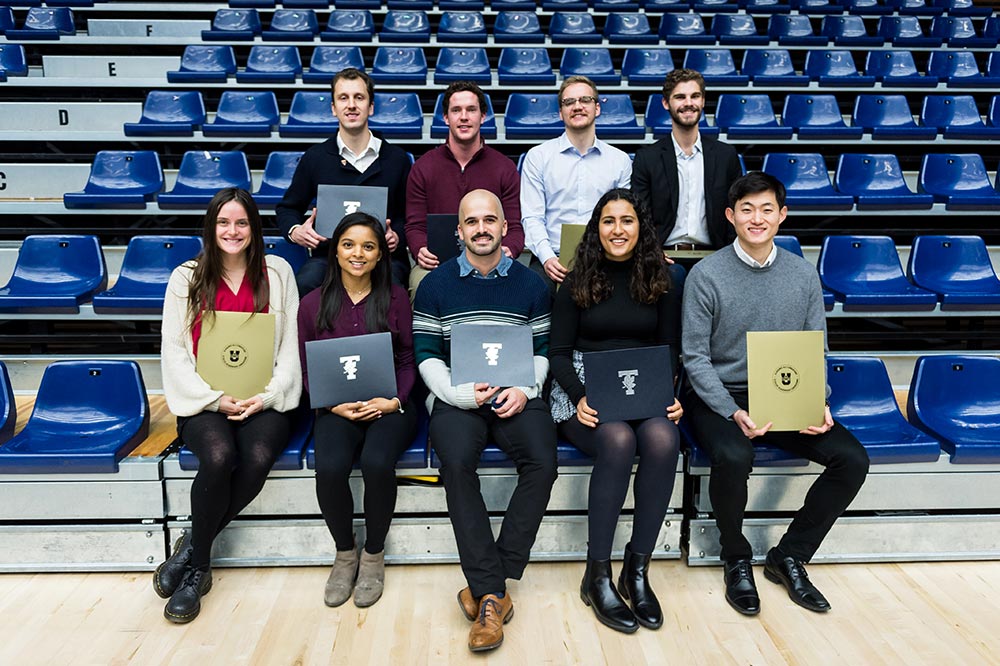 The 2018-2019* U of T Engineering Varsity Blues Academic Excellence Award recipients are:

*Students’ years of study and/or graduation dates are currently as of November 2019.

-This story was originally published on the University of Toronto’s Faculty of Applied Science & Engineering Office of the Registrar website on November 28, 2019