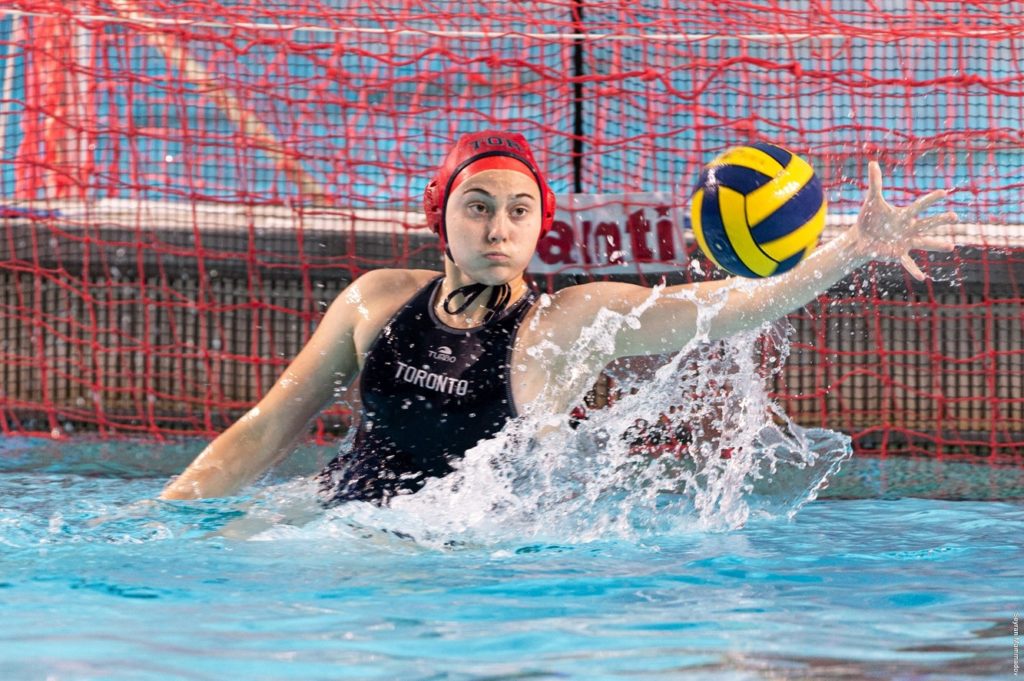 (Pictured: Truchla making a save against McMaster | Photo by Seyran Mammadov)

When you take the time to reflect on 2020 and the Covid-19 pandemic, words need not be spoken to understand all the different hardships and challenges that it brought. For Varsity Blues third-year water polo goalkeeper, Hana Truchla, she was one of the many students making the transition from high school to post-secondary in the height of lockdowns and restrictions.

With so many unknowns all around her, while also trying to adapt to a new university setting, an online one at that, the adjustment was a difficult one for the mechanical engineering major.

“As first year was all online, I started second guessing myself pretty soon and I was unsure that I picked the correct degree,” Truchla said. “I didn’t know anyone in my program and it was difficult feeling like I was the only one struggling with certain concepts that were core to my discipline.”

“It was difficult to connect with people in my program and I started to seriously consider changing my field of study, however, I eventually decided to stick with mechanical engineering and see what would come of it.”

Fortunately for the Toronto native, she had a couple of things going for her as she worked her way through. First, and most importantly, she had her family in her corner. Both of Truchla’s parents studied engineering, making the academics very relatable. She also had a sense of optimism that her second year would look much different.

Focused on family and future, Truchla was able to persevere through that first year and hope that getting on campus for year two would make all the difference.

“Second year was the first year where I was absolutely sure that I was in the correct degree,” she said. “I met my classmates in person and we began to actually design things in our courses. I soon realized that I find a lot of joy in designing parts and systems and would love to do this as a future career.”

“A lot of the subject matter I learned in the classroom, I could see every day in the real world. It was something really special to be able see components and machines working together and be able to figure out exactly how they operate and what they do, everywhere around me.” 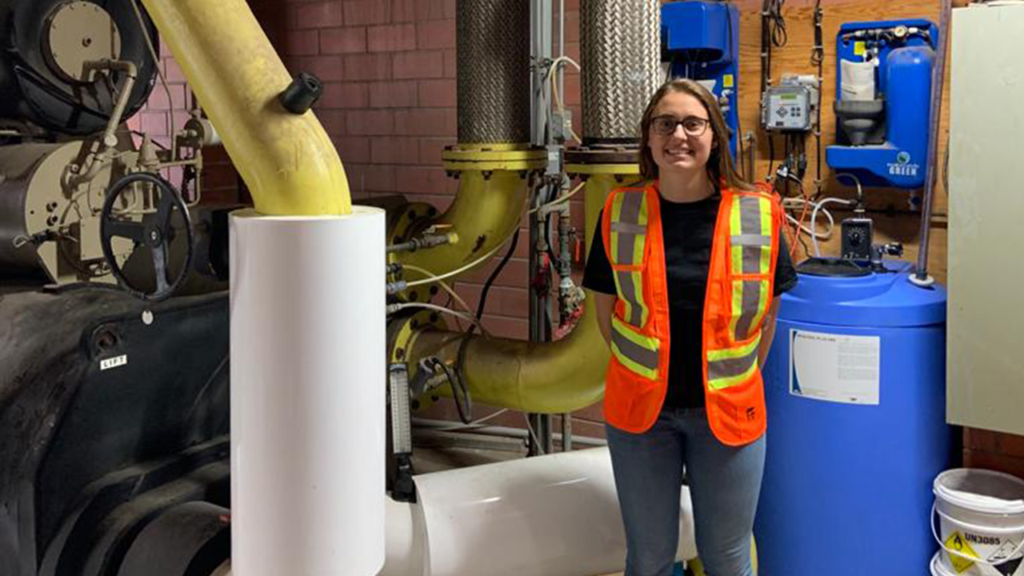 (Truchla during her summer co-op work term with Victaulic)

Having the chance to now be around all of her classmates  and enjoy much more of the traditional university experience, being on campus also opened the door for Truchla to join other university groups as well. In the summer of 2022, she joined the University of Toronto’s Formula 1 racing team, which really brought her engineering visions to life.

“Growing up, I can remember my dad watching Formula 1 on Sundays and I would always pass by the television but would never really quite understand it,” she said. “When I entered my first year at university, my passion of the sport only increased as I had many friends who loved it, and I could finally start understanding the impressive engineering aspects more as my academic career progressed.”

“I joined the U of T formula racing team recently in hopes of learning more about the inner workings of the car. I think the best part of being part of a design team is being able to apply the things I have learned in class and create components and systems that will be included on a running car. Seeing that my skills have real use in practice is one of the most satisfying experiences in my time at U of T engineering.”

More specifically, when it comes to creating components and systems, Truchla helped design steering system supports for this year’s car. She is also currently working on designing mounts on the suspension for tire temperature sensors that will be used for testing in the winter.

Meanwhile, away from the track and the classroom, Truchla and her Varsity Blues water polo teammates are currently preparing to defend their NCWP championship over the November 26-27 weekend. After having her first year as a Blue cancelled due to the pandemic, these opportunities are something she does not take for granted. In fact, she says her favourite Varsity Blues moment was getting to celebrate the team’s perfect season and NCWP title last year, following the cancelled 2020 season.

Now into her third year overall and second year on campus, Truchla knows that whether she is competing in the pool, learning in the classroom or working on a car, she is exactly where she wants to be -and it is largely because of her personal optimism and her family values.

“Growing up, my parents placed a great emphasis on teaching my sister and I and how the world works,” she said. “As a kid, the things I loved most was playing with Legos and watching shows like ‘How it’s Made’, a lot of activities that indirectly made me very curious about engineering and I didn’t even know it.”

“My dad would come home to show me projects he worked on, and I remember he would get very excited if he saw his projects in real life, so he shared it with the whole family. It means the world to me that now that I’m older and I understand more, I can talk to my family about their work and share our passion on a deeper level.”

-This story originally posted on the U of T Varsity Blues news site on November 24, 2022