Professor Markus Bussmann and Professor Goldie Nejat have been elected as Fellows of the American Society of Mechanical Engineering (ASME). The distinction of Fellow is bestowed upon ASME members who have 10 or more years of active practice and membership in recognition of significant achievements in the engineering profession. 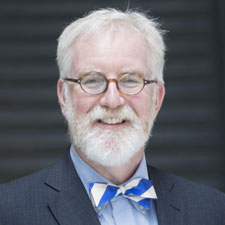 Markus Bussmann is a Professor with the Department of Mechanical & Industrial Engineering (MIE) at the University of Toronto. He earned BASc and MASc degrees from the University of Waterloo, and a PhD (2000) from the University of Toronto. He then spent 2½ years as a postdoc and staff member at the Los Alamos National Laboratory, joined U of T in 2002, served as Graduate Coordinator of MIE from 2009-2013, and as Vice-Dean of Graduate Studies for the Faculty of Applied Science & Engineering from 2013-2017. Professor Bussmann was named a fellow of the Canadian Society for Mechanical Engineering in 2011, and was awarded the CSME Robert Angus Medal in 2019. In addition to research and admin work, Professor Bussmann also greatly enjoys teaching and has won a couple of MIE Teaching Awards. 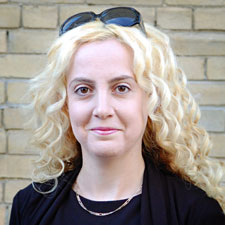 Goldie Nejat is a Professor in the Department of Mechanical & Industrial Engineering at the University of Toronto, and the Founder and Director of the Autonomous Systems and Biomechatronics (ASBLab) Laboratory. Dr. Nejat is also an Adjunct Scientist at the Toronto Rehabilitation Institute. She received both her BASc and PhD degrees in Mechanical Engineering at the University of Toronto.

Dr. Nejat is a world renowned expert in developing intelligent service/personal robots for applications in health, elderly care, emergency response, search and rescue, security and surveillance, and manufacturing. A major goal of her research is to develop and integrate intelligent socially assistive robots for assistive human-robot interactions (HRI) in healthcare facilities, private homes and for high stress and dangerous jobs. Dr. Nejat’s research is leading the development of intelligent assistive robotic aids that can meet the challenges posed by an aging population. She collaborates with international researchers, healthcare experts and healthcare facilities to develop robots and devices that can be effectively transferred and integrated into people’s everyday lives. Dr. Nejat is helping to change the face of robotics and her work is at the forefront of robotics research. Her research is constantly pushing the envelope of the capabilities of current robots.

In 2008, Dr. Nejat received an NSERC University Faculty Award. She also received the 2012 Professional Engineers of Ontario Young Engineer Medal and the 2013 Engineers Canada Young Engineer Achievement Award, both awards are for her exceptional achievements in the field of robotics at a young age.