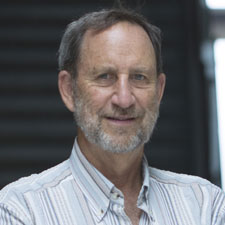 Paul Milgram is a Professor in the Mechanical & Industrial Engineering Department at the University of Toronto, where he specialises in Human Factors Engineering. He teaches courses in engineering psychology, research methods in human factors, and calculus.

Before joining U of T in 1986, Professor Milgram worked for 4 years as a senior human factors engineer at the National Aerospace Laboratory, in Amsterdam, prior to which he was a post-doctoral researcher at the TNO Institute for Perception, in Soesterberg, Netherlands. His research leaves abroad have included ATR in Kyoto, Japan (1993-94); the Centre d’Etudes de la Navigation Aérienne (CENA) in Toulouse, France (1999-2000); the Universitat Politécnica de Catalunya in Barcelona (2004); the Italian Institute of Technology in Genoa (2010); the Indian Institute of Technology Madras, in India (2011); and the International University of the Vietnam National University in Ho Chi Minh City (2017-18).