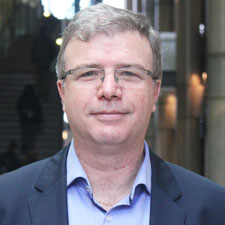 Professor Ben Mrad’s research interests are Mechatronics and Micro Electro Mechanical Systems (MEMS) with a special focus on the design of pieozceramic actuators and sensors, microactuators and microfluidic systems, MEMS fabrication, thin film pieozoelectrics and development of smart materials based devices. His research led to a number of patents and inventions including 9 US patents/patent applications. He has supervised the research of over 55 graduate students and researchers, received the Faculty Early Career Teaching Award in 2002, and the Connaught Innovation Award in 2013 and 2015.