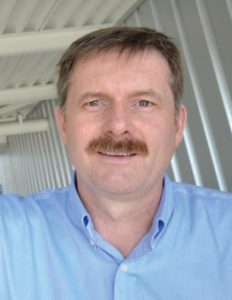 Abstract
The electrical properties of cells are linked to many important physiological processes. The electrical properties of  differential microwave interferometer sensor to detect single cells passing over co-planar electrodes while simultaneously dielectrophoretically actuating cells. Using this approach we have demonstrated dielectric detection of the onset of programmed cell death (apoptosis) in a bioprocess, APT inhibition, electroporation, and stress due to starvation. The microwave interferometer approach has very high precision, but is limited to an analysis rate of 1 cell/s. In this talk I will also discuss more recent work on an optical transit dielectrophoresis (DEP) flow cytometer that has reached through puts of over 100 cells/s. In this cytometer, each cells dielectric property is inferred from velocity perturbations due to DEP actuation in a microfluidic channel. Two LED sources are utilized to estimate velocities using the time difference between the two transit shadows produced by each cell passing through the channel. These shadows are detected using a linear optical array detector. Massively parallel analysis is possible as each pixel of the detector can independently analyze passing cells. Since the detectors of the optical array can be used to isolate the passage of each cell, wide channels can be used to carry many particles simultaneously. It was possible to measure the velocity of over 100 cells simultaneously. We have achieved analysis rates for 10 μm-diameter polystyrene spheres response (PSS) exceeding 250 per second and over 100 Chinese Hamster Ovary (CHO) cells per second. The cytometer can be calibrated and used for quantitative measurements of the dielectric response.  The dielectric response (100 kHz to 6 MHz) of viable CHO cells was measured and the results closely match those obtained using the microwave interferometer DEP cytometer. The DEP cytometer uses simple modular components and we will discuss how it can be modified to achieve analysis rates exceeding 1000 cell/s.

Bio
Professor Thomson received his PhD from Stanford University in 1986 and has been a professor in the Department of Electrical and Computer Engineering at the University of Manitoba since 1987. He is the co- inventor of a number of instrumentation systems, including a record setting capacitance sensor. Over the last 15 years he has worked on single cell dielectric instrumentation systems. This work covers high accuracy, high throughput instrumentation and also applications of single cell dielectric measurements.  He has held positions as Chief Technology officer (97-2000, MFI Technologies), Assoc. Dean Research (99-2004, 2011-17), Professor and Director of the ISIS Canada support centre.

MIE’s Distinguished Seminar Series features top international researchers and leading experts across major areas of Mechanical Engineering and Industrial Engineering. The speakers present about their latest research and offer their perspectives on the current state of their field. The seminars are part of the program requirements for MIE Master of Applied Science and PhD students. The Distinguished Seminar Series is coordinated for 2020-2021 by Associate Professor Tobin Filleter.