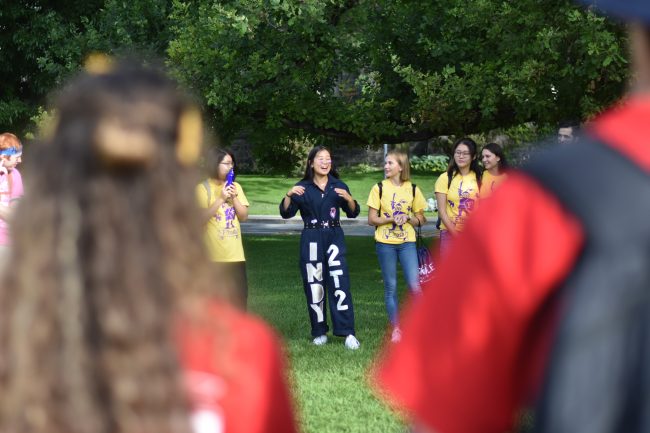 When Selina Tong (Year 4 IndE) was in high school, she didn’t know what she wanted to study at university.

Her strongest subjects were math and science, so she debated between business, architecture and engineering. But even though she was fortunate to be exposed to engineering from an early age — her father is an electrical engineer, and her sister went into computer engineering — she did not know what people did in the profession.

“I was uncertain about my future, but I knew that getting an engineering degree would open up more possible career paths,” she says. “The skills you can gain are so vast that you have a lot of options if you decide that you don’t want to be a professional engineer.”

Ultimately, Tong decided to enroll in U of T Engineering’s TrackOne to keep as many doors open as possible.

TrackOne is an undeclared first-year program that lets students explore the many fields of engineering offered at U of T, before choosing a disciplinary major at the end of the winter term. Students take courses that prepare them to join any Core 8 program — Chemical, Civil, Computer, Electrical, Industrial, Materials, Mechanical or Mineral Engineering — for the remaining three years of their BASc degree and have the support of a dedicated TrackOne advisor.

“These are not students who can’t make up their minds. They know they are interested in engineering, but want to keep their options open to make an informed decision,” says Professor Susan McCahan (MIE), who currently serves as the U of T’s vice-provost, academic programs and vice-provost, innovations in undergraduate education.

“We did find that quite a few students came in thinking they were going to pursue one program and ended up going into a different field — one they may not have even known about when they were in high school.”

McCahan, who served as chair of first year when U of T Engineering admitted the first group of TrackOne students in 2007, witnessed an immediate sense of community among the group as they picked their own Engineering Society class representative and organized social and networking events, just like students in the Core 8 programs.

“The first cohort of students decided that the magic eight ball was going to be their symbol, because when you ask one a question and turn it over, it sometimes says, ‘Ask again later,’” she says. “And eight, because at the end of their first year, they pick one of the Core 8 programs.” 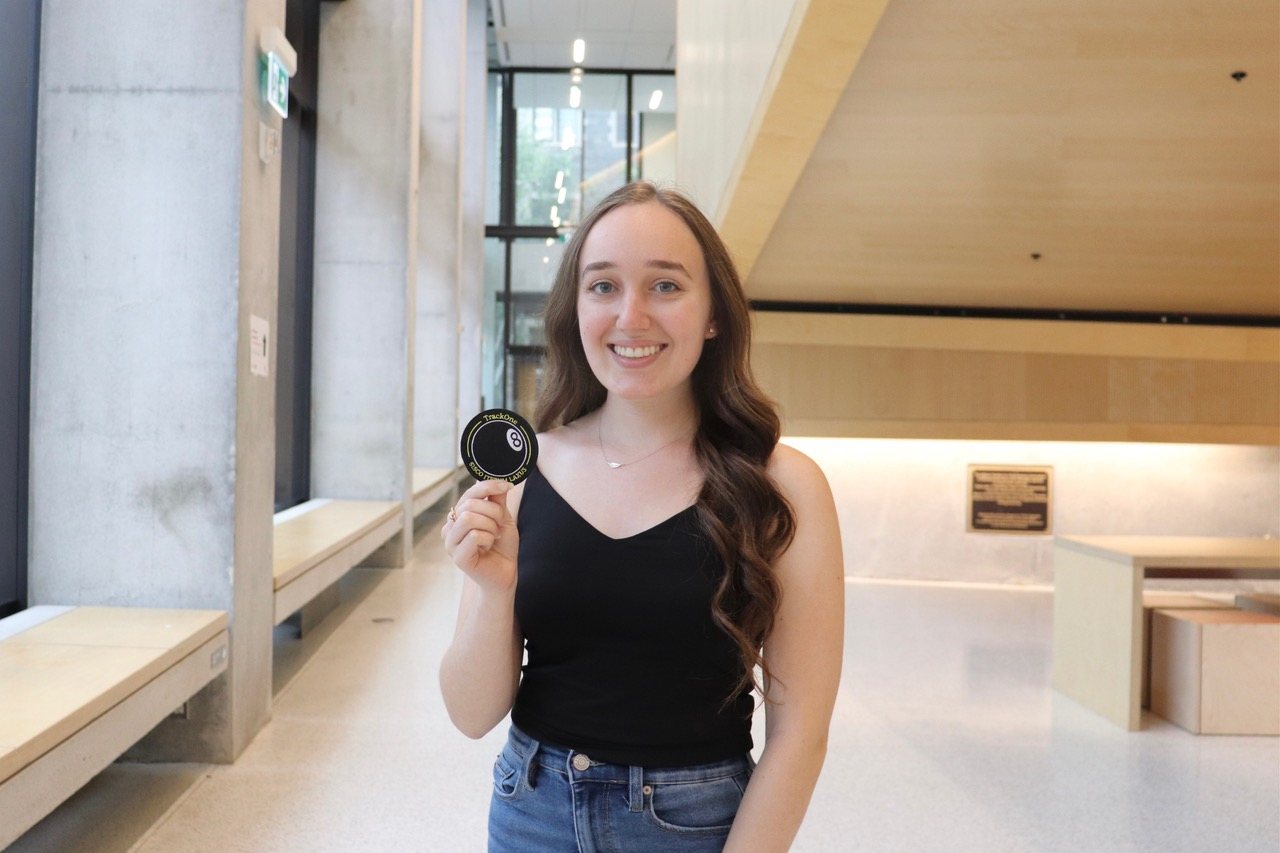 Samantha Butt (Year 3 MechE) has always enjoyed being challenged academically, which is what attracted her to the idea of studying engineering.

“I didn’t know anyone who could tell me about the profession and what it could be,” she says. “I knew that engineers solve problems, and I consider problem-solving to be one of my greatest strengths.”

After being accepted to U of T Engineering, she attended an event for female-identifying high school students called Girls Leadership in Engineering Experience (GLEE).

“I saw firsthand how strong the U of T Engineering community is and that I would be amongst women who were also passionate about STEM,” she says. “I really felt like I belonged in this community.”

Butt applied to TrackOne to give herself more flexibility and spend her first year of university discovering which engineering discipline aligned best with her interests.

When she took the Introduction to Engineering course (APS 191H1), she discovered how versatile each of the Core 8 programs could be. And even though she initially thought she would choose to study computer engineering, she was won over by mechanical engineering’s mechatronics stream.

“I learned about a fourth-year course called Mechatronics Principles (MIE 444), where you get to build a robot that navigates its way through a maze,” she says. “I remember being so mesmerized that I could have all the skills and knowledge to build something like that once I reached fourth year!”

“Mechanical engineering has a lot of PEY Co-op opportunities within aerospace — and I haven’t been exposed to the aerospace industry yet in any of my courses,” she says.

“I’m really excited to see how I can apply what I’ve learned in my degree and how I can learn even more from this opportunity.”

“Having the option to delay the choice to pick a program while I learned more about the discipline was very much in line with my personality style,” he says.

During that first year, Huynh was struck by engineering’s focus on design and applying knowledge of mathematics, sciences and technology into ways that could solve global problems. His interest in sustainable energy led him to choose chemical engineering at the end of his first year, but extracurricular opportunities within the Faculty would eventually ignite his passion for engineering education.

After his studies, Huynh spent six years working at the Troost Institute for Leadership Education in Engineering (ILead) at U of T Engineering. And this past July, he started a new role as the North American lead for learning experience design at Shopify.

“There are so many ways of approaching problems and designing solutions,” says Huynh. “I’ve learned that the specific discipline you pick doesn’t actually matter all that much in terms of where you end up, but rather determines the approach that you take.”

As for Tong, she opted to study industrial engineering for its focus on human-centred design, and because it pairs well with a business minor. She completed her PEY Co-op as a trade floor technology consultant at Scotiabank this past spring, and is wrapping up an internship as a technical program manager at Braze in New York City this summer.

“I was very attracted to the diversity of the degree,” she says. “I have been able to tailor my course selection to my interests, whether that be design, human factors or artificial intelligence.”

“While students choose a field of engineering to study at the end of their TrackOne year, what we really want them to know is that the field they choose will not necessarily dictate their career path,” says McCahan.

“There is a wide diversity of career paths open, no matter what field of engineering they choose.”

– This story was originally published on the University of Toronto’s Faculty of Applied Science and Engineering News Site on August 17, 2022 by Safa Jinje